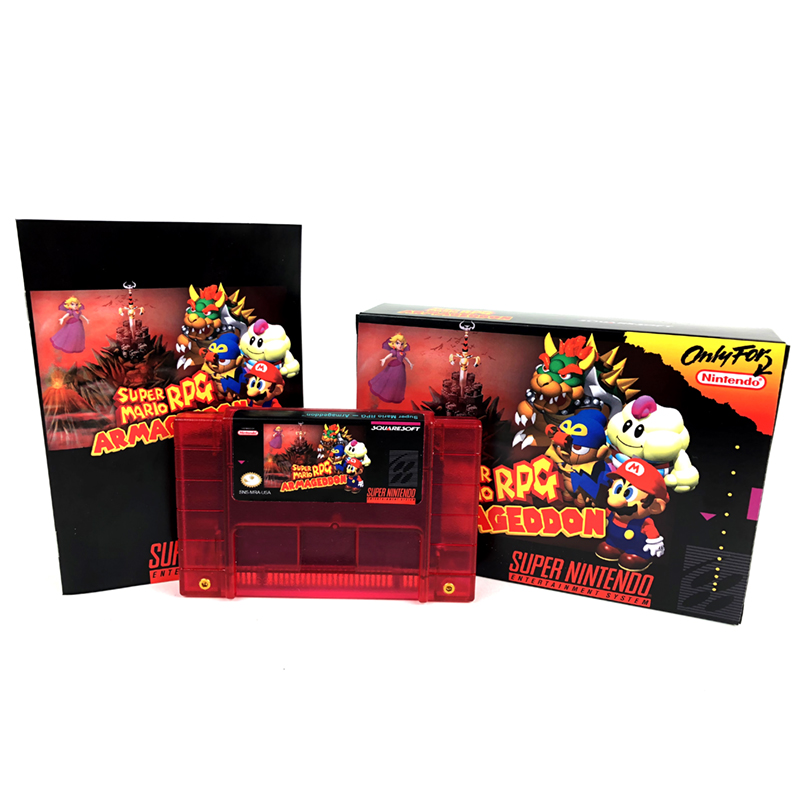 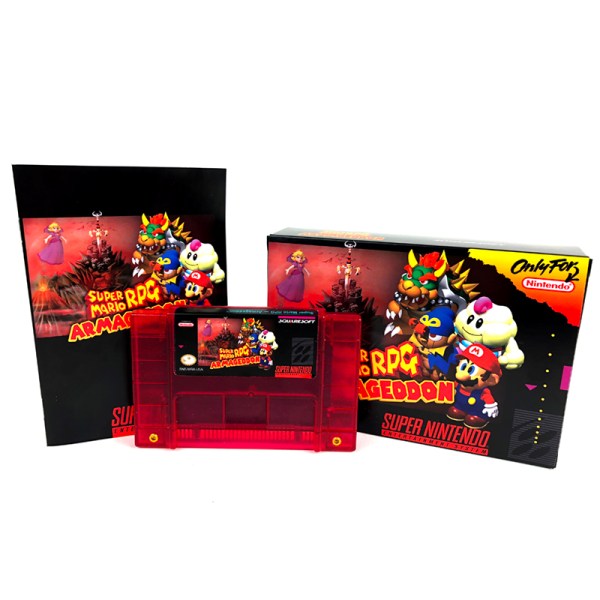 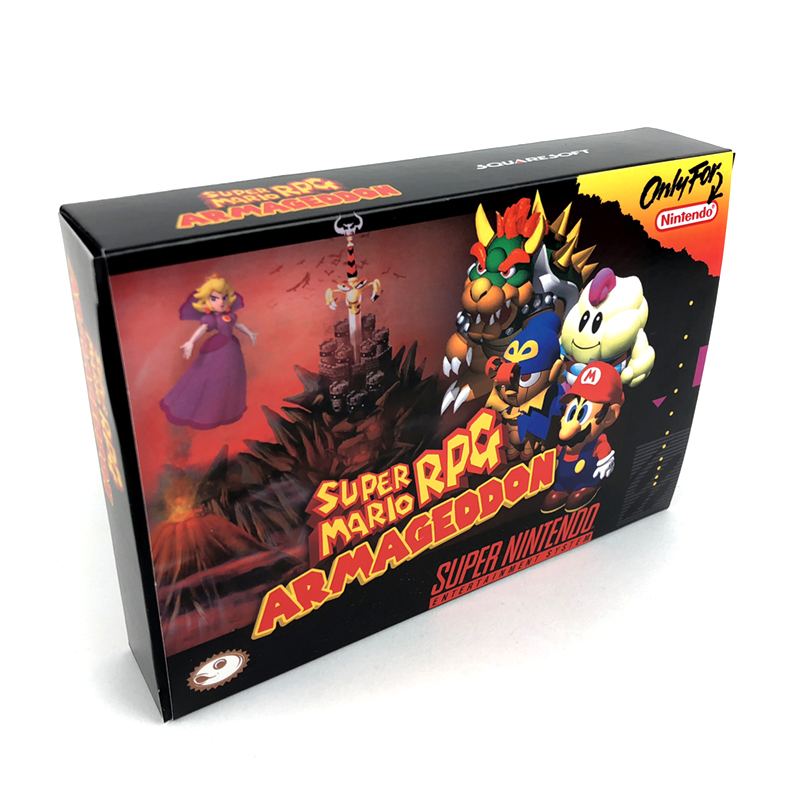 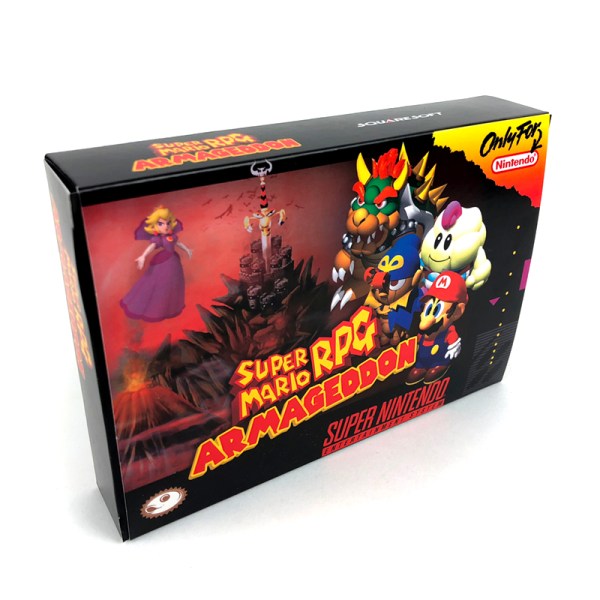 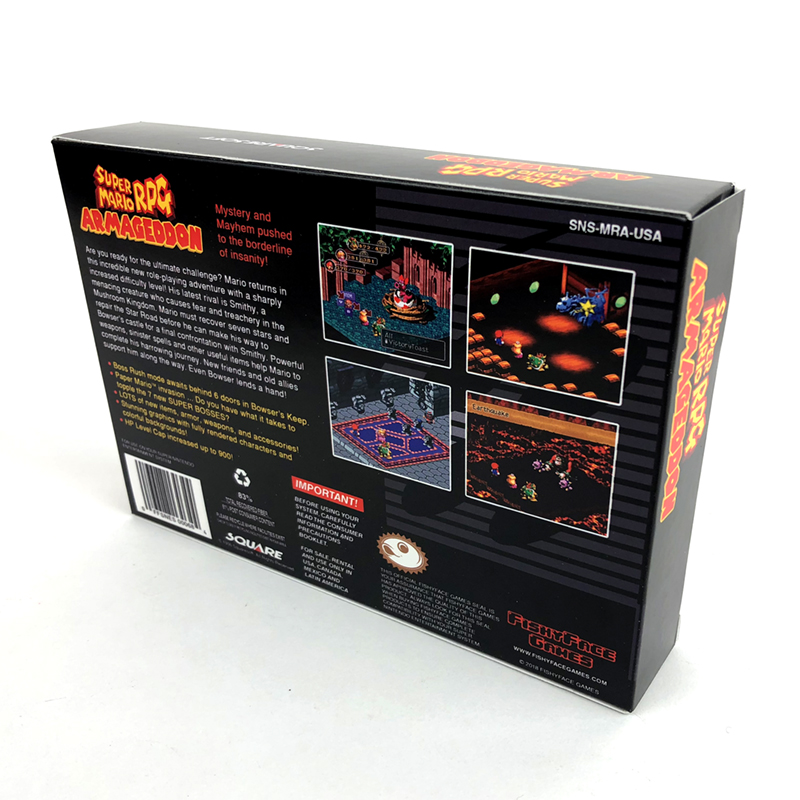 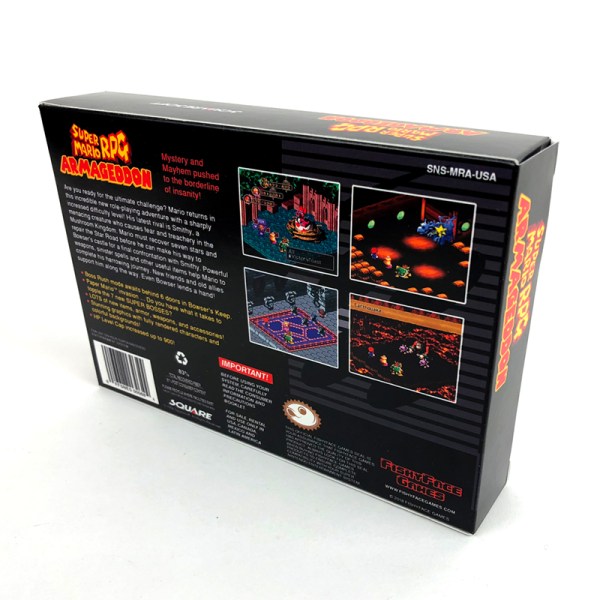 It’s the full game of Super Mario RPG. The story and places you need to go to play the game hasn’t changed all, however the game has some crazy and interesting changes. You’ll notice them 30 seconds after the game stars.  You WILL need knowledge of the original game in order to survive.
• Monsters:

Just about every monster has been beefed up , and some will have attacks that they normally wouldn’t.  Some monsters will also use all new attacks.

The level cap is still 30, however HP can go as high as 800-900.  All other stats now max out at 200-600, depending on your equipment.  More importantly, all except Mario have at least one new special move.  This was done to make the game more tactical and to stop people from spamming Peach and Geno like Vanilla.

LOTS of new items, armor, weapons, and accessories.  The animations for some weapon-based attacks have changed.  The Power stars from the chest have all been turned into frog coins.

One of the main attractions of this hack are the 7 optional “Super Bosses”.  Most of them are influenced by Paper Mario.  They are all very tough and shouldn’t be approached until reaching higher levels.  For those of you who are familiar with Smithy’s 8,000 HP from vanilla, every super boss in this hack has at least 13,000 HP!!

The hack’s main attraction. One of the 6 doors in Bowser’s Keep leads to a mini boss rush against some of the toughest normal foes, while the other one leads to a Boss Rush against ALL of the non-Smithy gang bosses.  And don’t think you’ve got it easy when you encounter Croco and Hammer bro again, because they’ll be tough!